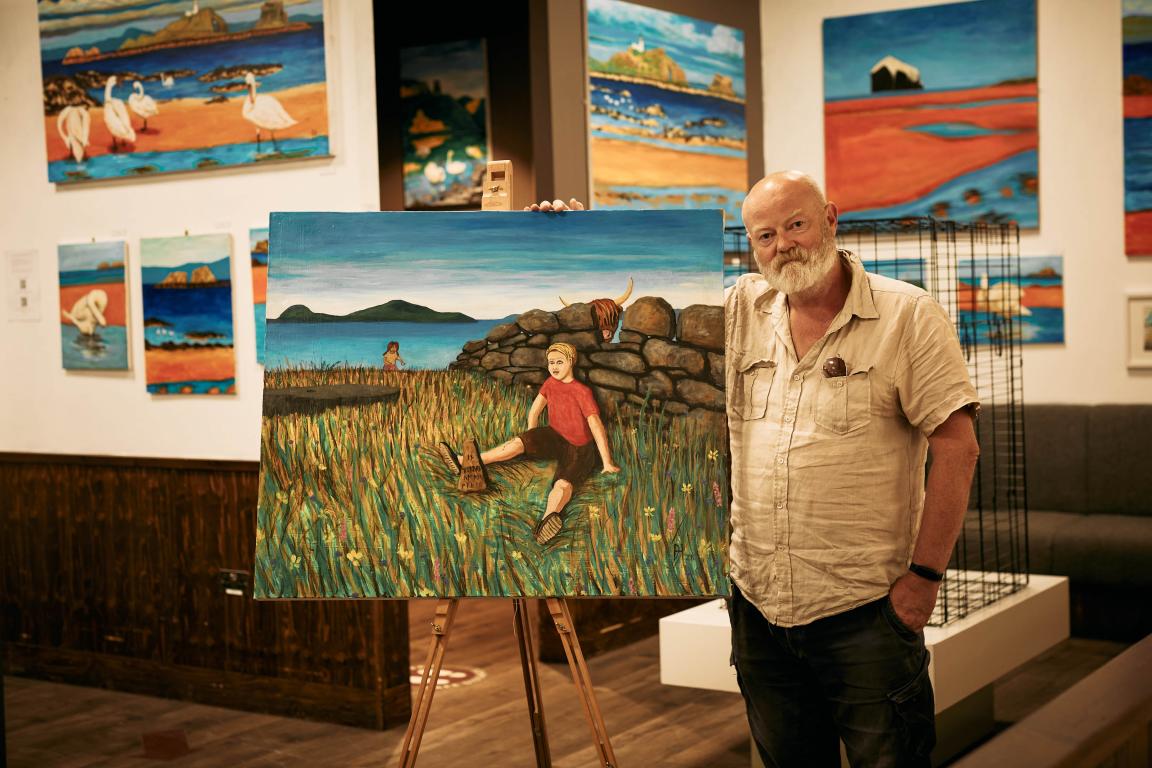 David Hutchison with his painting created for the Spirit of The Highlands award. Photograph by Northport Studio. 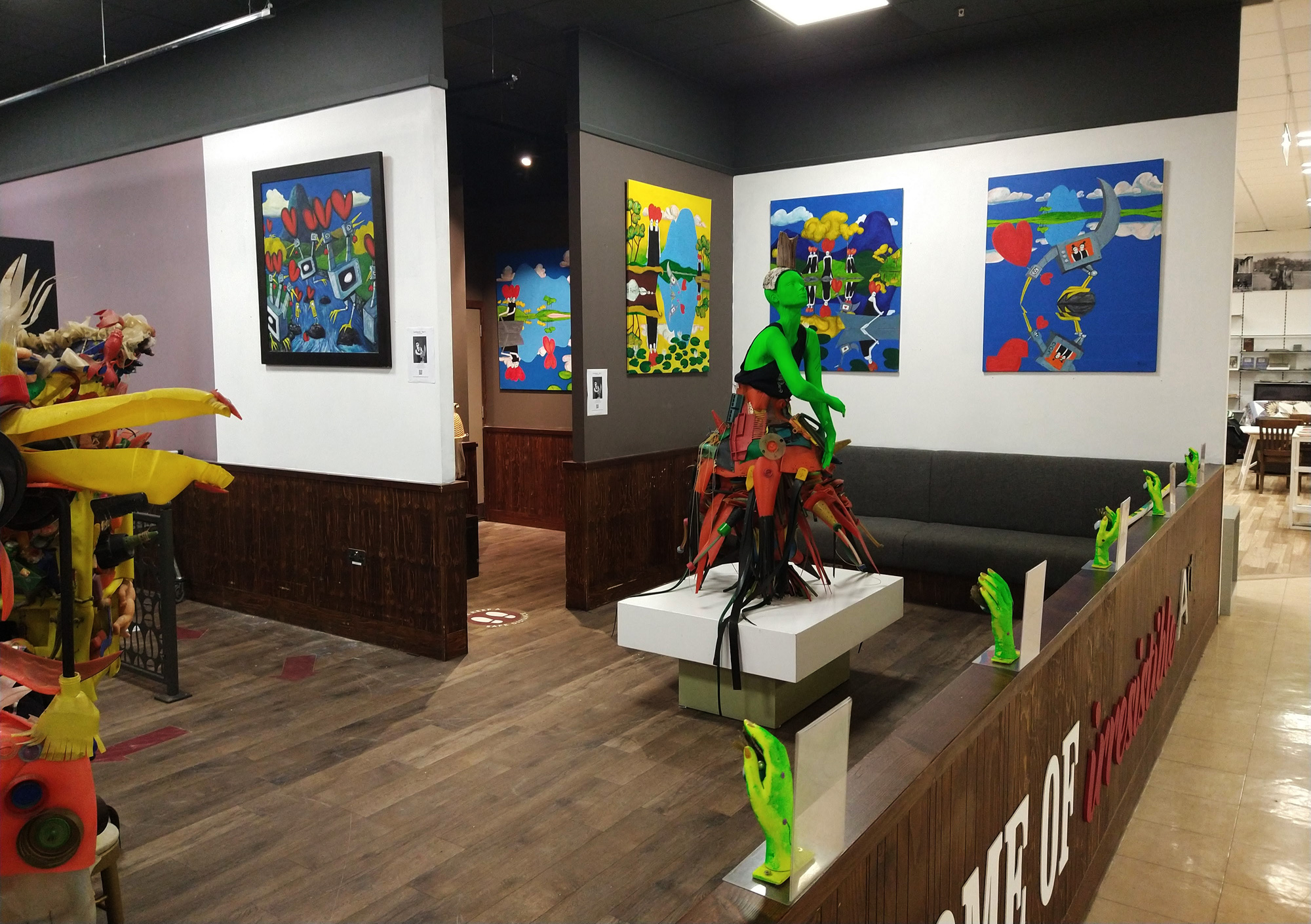 Lockdown Landscapes exhibition,Aug-Oct 2022, at The Home of Irresistible Art,Wee Hub,Ocean Terminal,Edinburgh. Includes my Spirit of The Highlands Award artwork based on short story The Achiltibuie Stone. 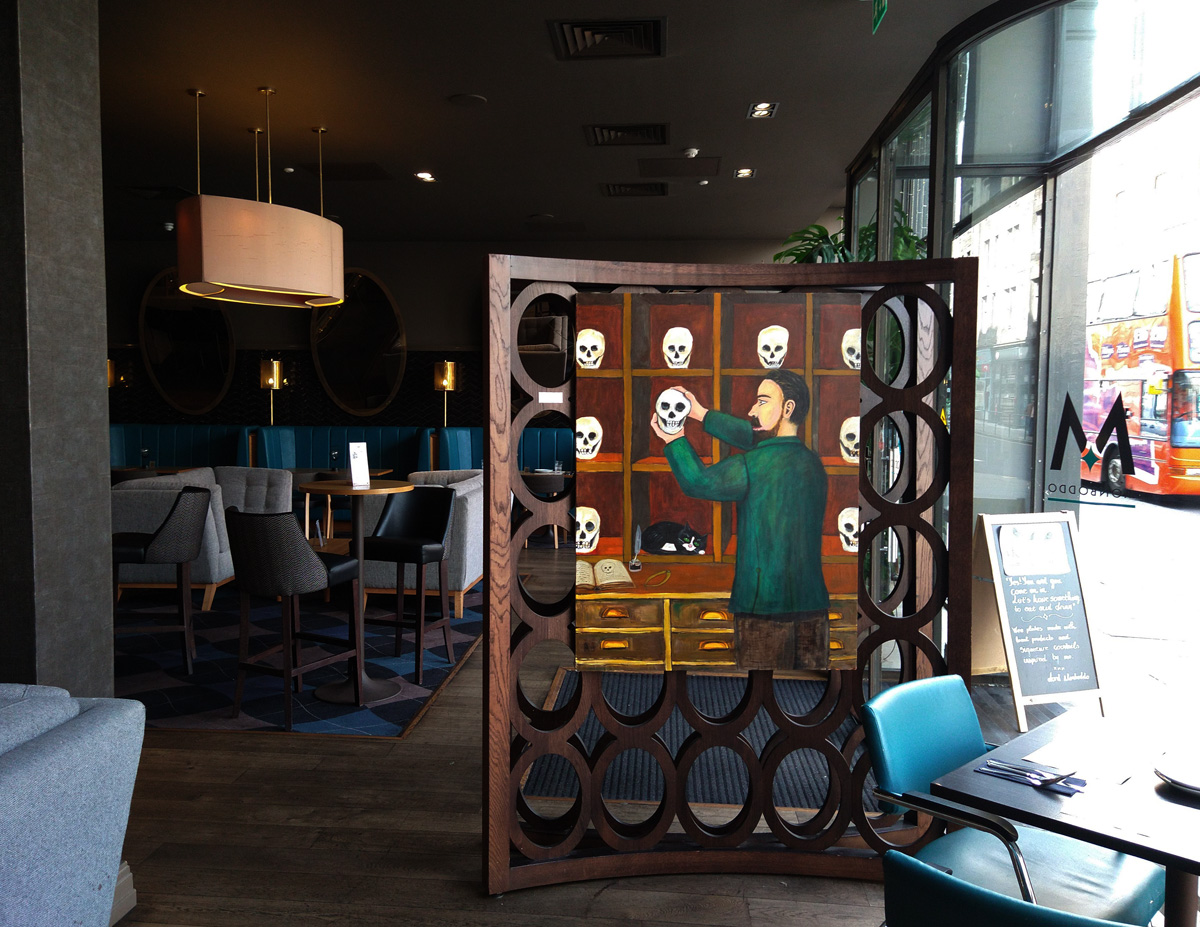 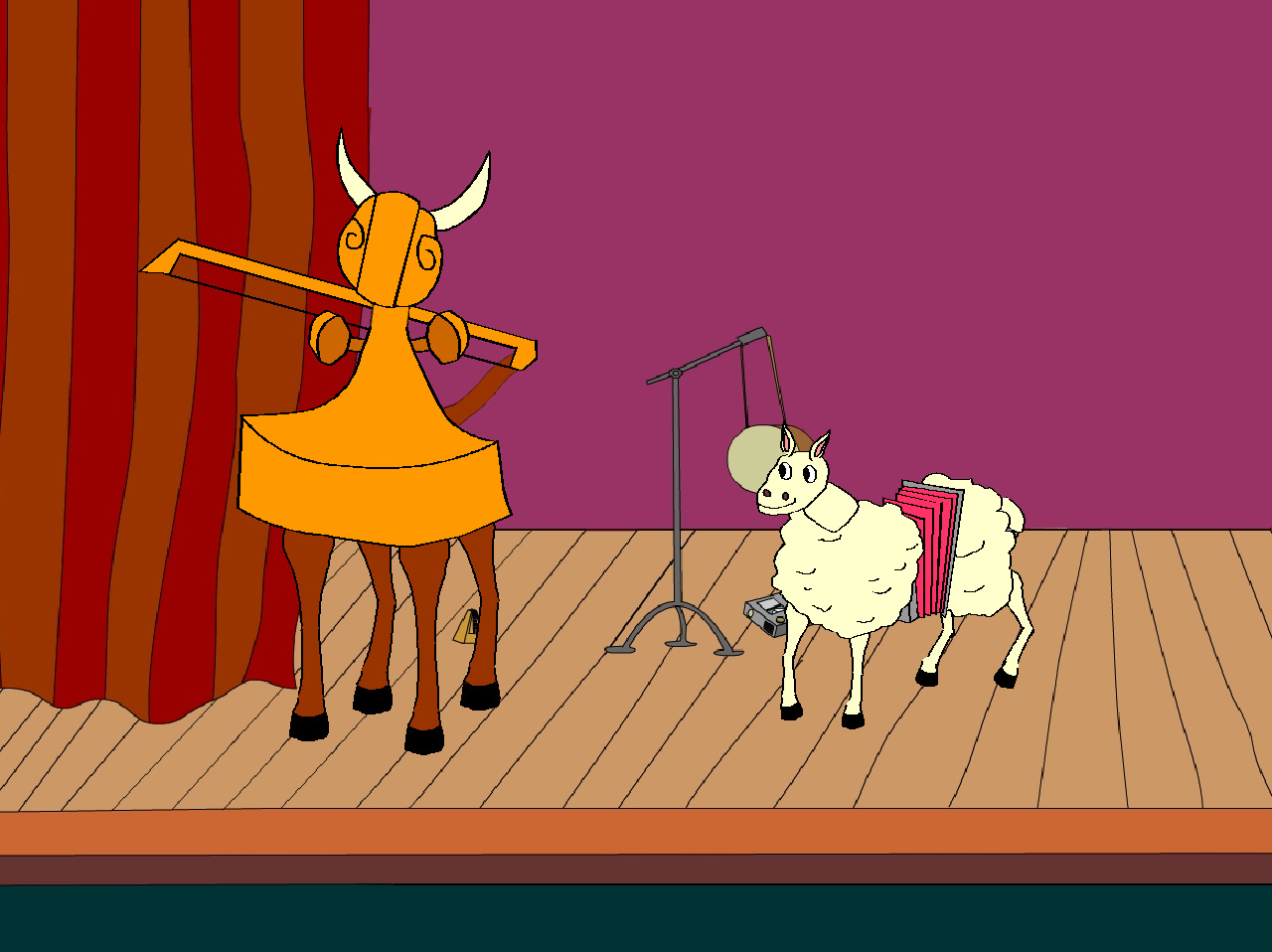 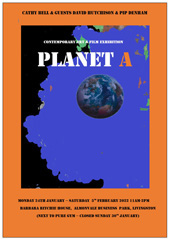 Screening of Tilleadh and The New Curios videos as a guest in Cathy Young's exhibition Planet A. 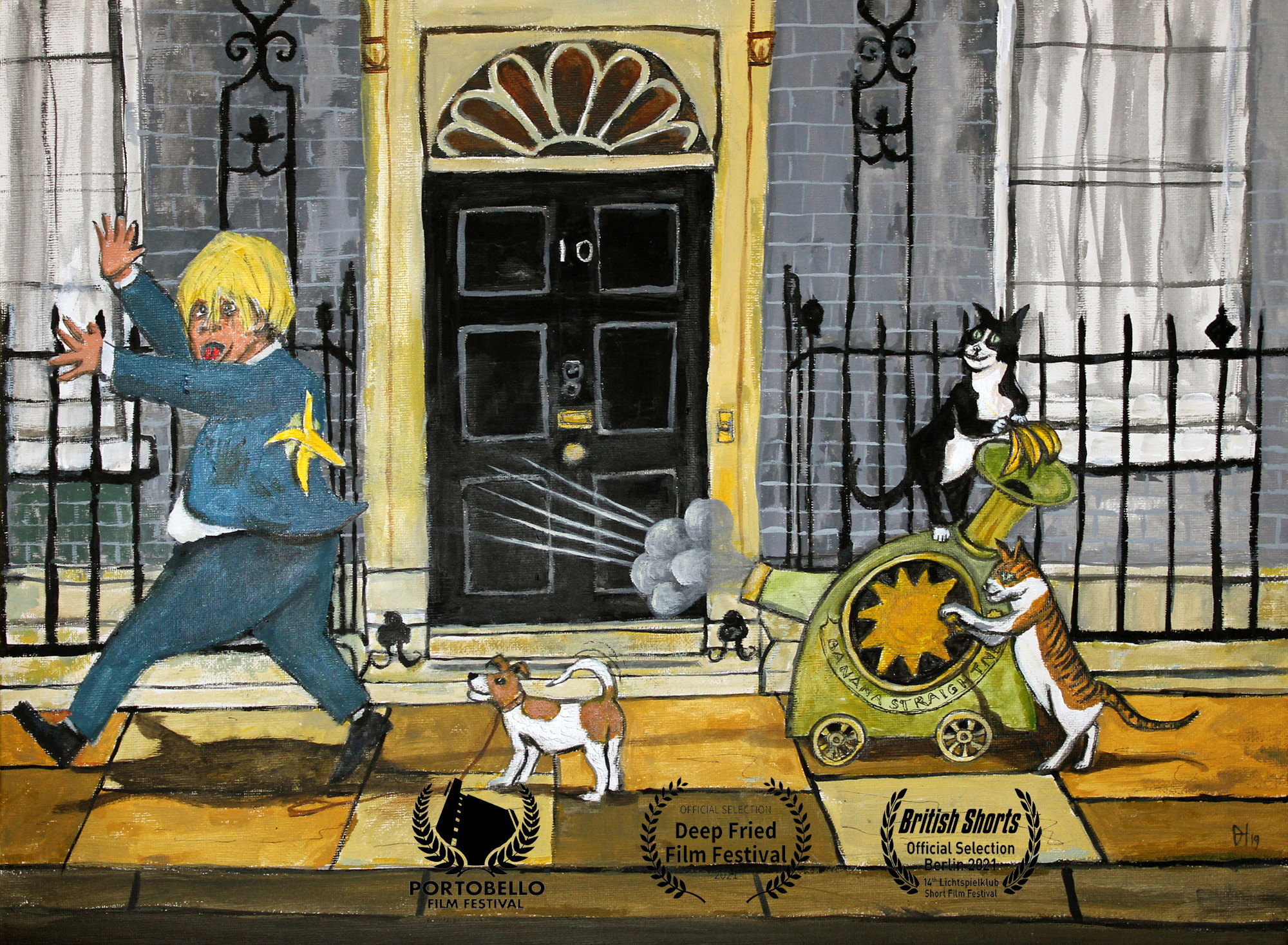 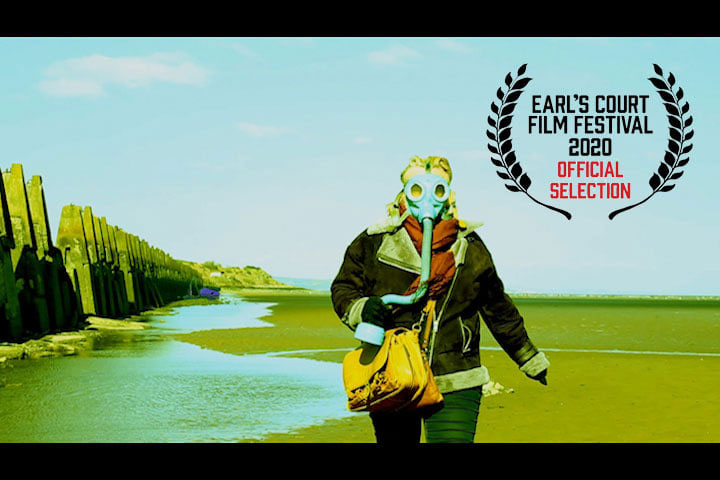 The New Curios screens at Lacuna Festival, 2021 and at Earl's Court Film Festival 2020. 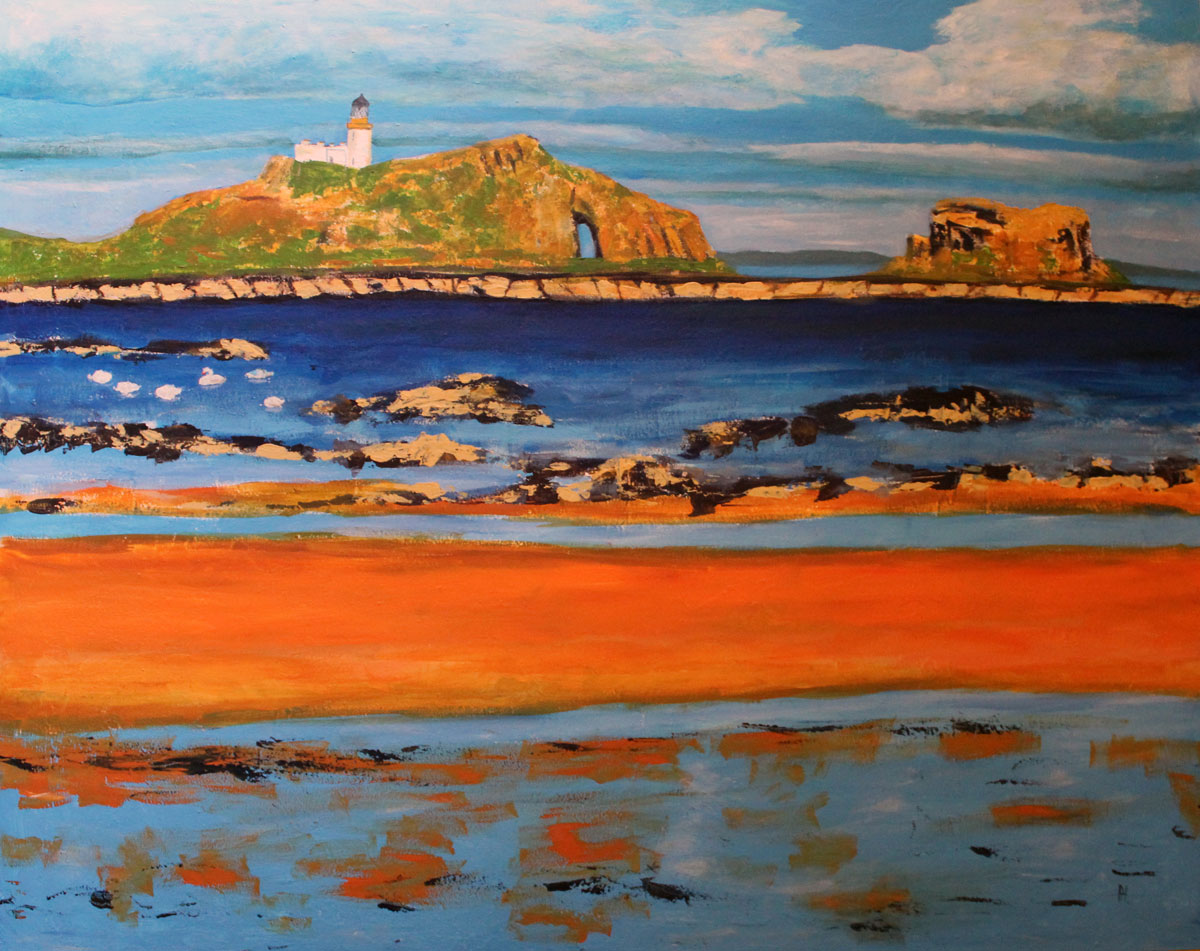 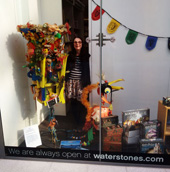 Set up my Reef sculpture (created from plastic gathered from beaches around the world) 21.7.18 as part of the Art at Waterstone's exhibition in Livingston organised by Cathy Bell. The theme is The Sea. Very appropriate as same day as my wee brother Duncan set off on his one man row from New York to Lochinver. You can track him here 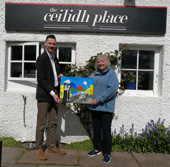 Here's Jock Urquhart handing over the painting to winner of raffle Catriona McDonald . Thanks to Mairearad Green for organising exhibition and Effie MacKenzie for organising the raffle. We raised £209 for WaterAid 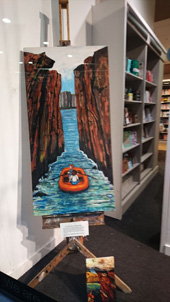 Group show at Waterstones in Almondvale Centre, Livingston, until end of May 2018. I'm showing my paintings The Bay of Echoes and Storm Raft, both from my children's book Storm Hags.Exhibition organised by Cathy Bell. 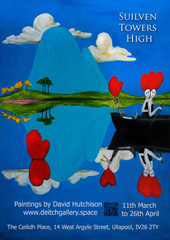 The world premiere screening of Baobhan Sith was on 29th Jan 2017 at the Horror-On-Sea Film Festival. 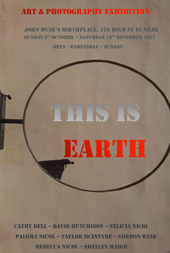 Graders has its US premiere at Gotham Screen International Film Festival,New York 25.09.12 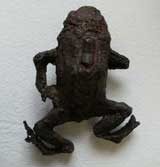 One of my e-toads at the Royal Scottish Academy, The Mound, Edinburgh. Exhibition runs from Sat 30th Oct to 15th Dec, 2010.

The InArt Collective's new exhibition is at Oceam Terminal, Edinburgh from1st Dec to 31st Dec 2010. Artists: Anjila Wilson,James Page,Cathy Bell,Maureen MacLeod and myself. The graphics were designed by Grant Wilson.

VISIONS IN THE NUNNERY 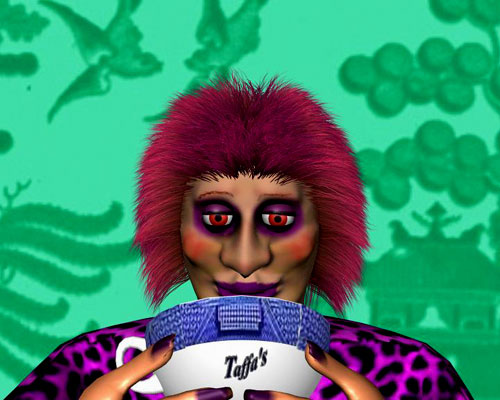 Taffa the digital tasseomancer and Zombie Lick are both part of Pocket Shorts. Pocket Place Scotland is the proud host of Scottish Screen’s Pocket Short initiative, hosting three years worth of innovative mobile content and application for the mobile platform. 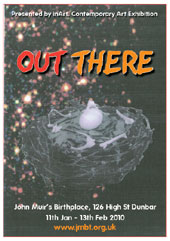 Students of my animation class have work showing in the exhibition Parallel lives II. Out of the Blue 29 January-23 February 2009
WHALE 26 Februrary-27 March 2009. North Edinburgh Arts Centre 2 April-5 May 2009. 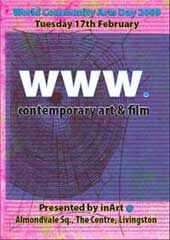 inArt presents an exhibition featuring films by James Page and myself, work by Cathy Bell and Paddi O'Brien (who have collaborated previously) on the themes of Poverty and Pollution - and more... Tues 17th Feb 2009, Almondvale Sq, The Centre, Livingston. 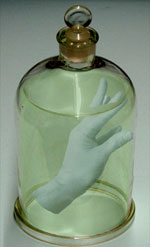 Two of my short stories are published in issue 3 of the e-magazine The Ranfurly Review. The Book of Skin was inspired by a trip to Surgeon's Hall, Edinburgh. Rubber Up Ducky was inspired by my condom dispensor videosculpture Kitschen. 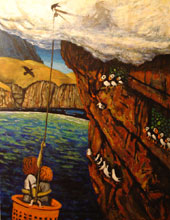 Bower Bird at the Visual Arts Scotland exhibition 2008, gets a mention in The Scotsman 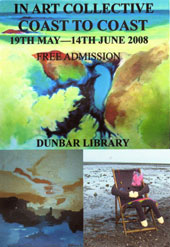 The InArt Collective present the new exhibition Coast to Coast at Dunbar Library. 19th May to 14th June.

Carousel won the Ya Tube competition, organized by The Leith Agency for the 2007 Leith Festival.

SALT AT THE PORT INN 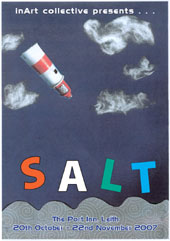 Seordag Storiest is at the Port Inn from 28th August to 19th Oct. 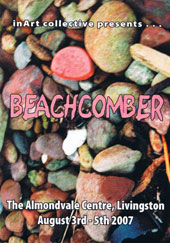 InArt presents a new exhibition at The Almondvale Centre, Livingston. 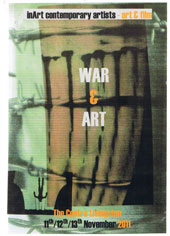 Rionnagan Gaoil (Stars of Love) and Tilleadh (The Returning) , both videos I created and part of the programme ‘Passages’, coordinated by Fields and Frames in the early 90s, A one-off screening at Street Level, Wednesday 21st April, 7pm as part of Glasgow International Festival of Visual Arts, 2010. Street Level Photoworks,Trongate 103, Glasgow G1 5HD, f: 0141 552 2151

A shorter version of Furnace is screening in the international competition at the 2009 One Minute Film & Video Festival Aarau, Switzerland, 21- 23 August 2010. 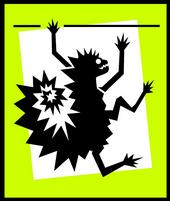 The Cammy Leon Gallery is the alter-ego of Dunning; a leading design agency in the heart of Glasgow! Commencing on Friday 27th November we are set to open the doors to our first exhibition, "The Secret Stramash of Spectacular Shenanigans". 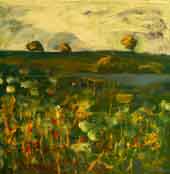 Two of my landscapes are on show at the Peter Potter Gallery Open Exhibition, Haddington. Sat 4th April to Sat 30th May, 2009. 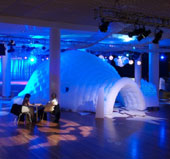 My video Furnace was created especially for Kino London. It was screened inside an inflatable igloo in the Clore ballroom of the Southbank Centre on 11th Jan 2009. It will also be screened at the World Community Art Day in Livingston on Tues 17th Feb 2009. 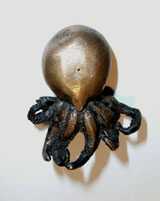 WRITE SIDE OF THE BRAIN 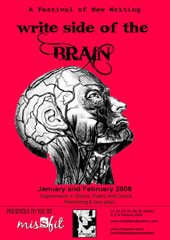 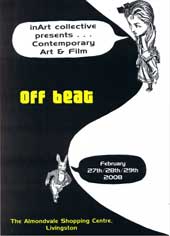 Much Later is shown at the The Aspect Prize 2007 Exhibition, Paisley Museum.

A public reading of "The Alienist" at the National Galleries of Scotland on Thursday 19th April 2007 5.30-7pm, part of the Scotsman Creative Writing Competition 2007 in association with the English Speaking Union and Scottish Poetry Library.

Peccadilloes at the Visual Arts Scotland 2006 exhibition at the Royal Society of Artists, The Mound, Edinburgh. 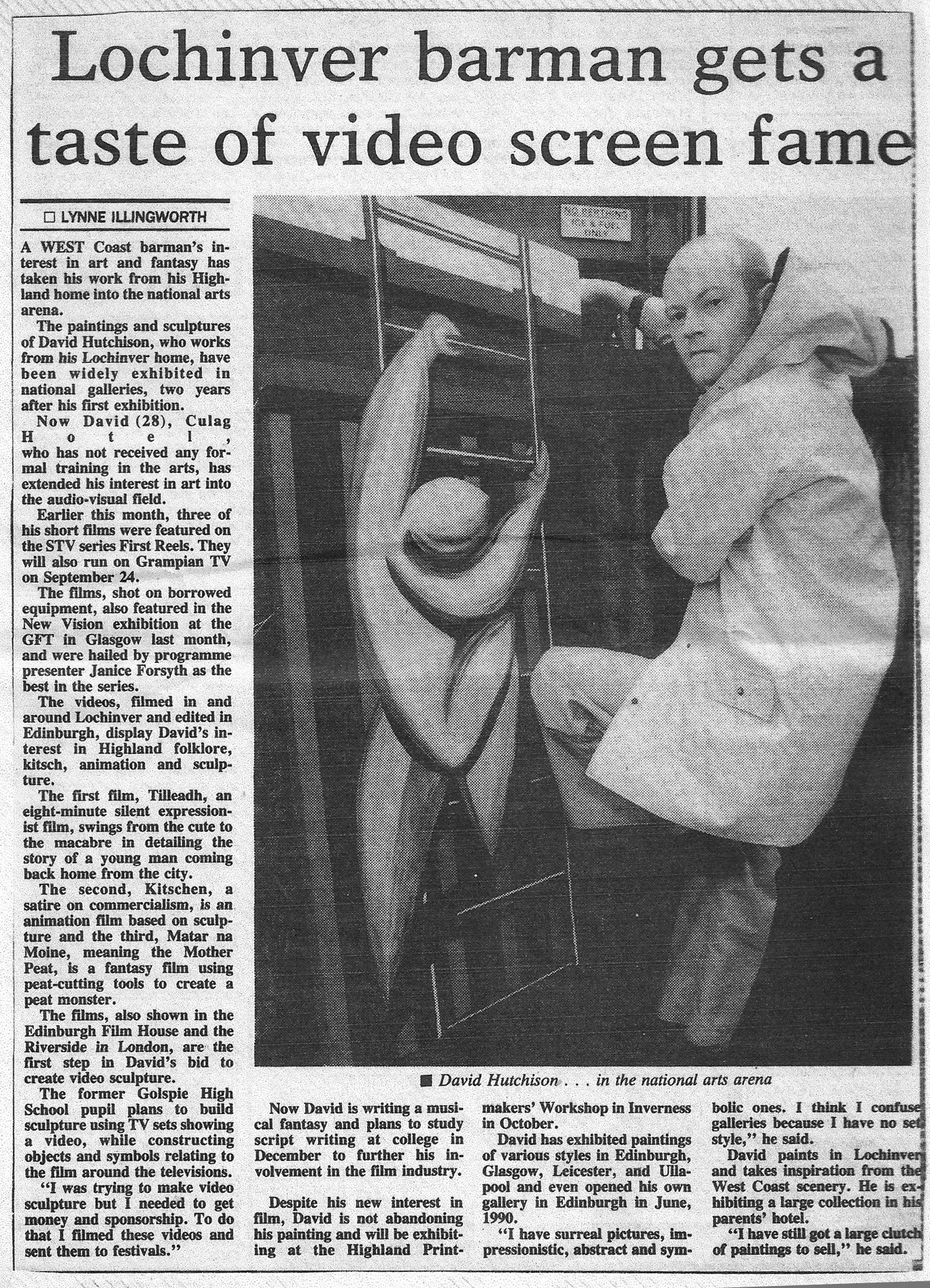