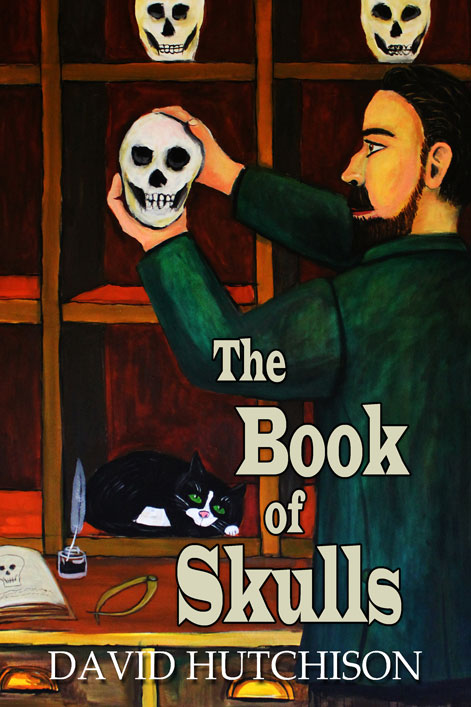 Available in paperback,hardback and ebook at most outlets. 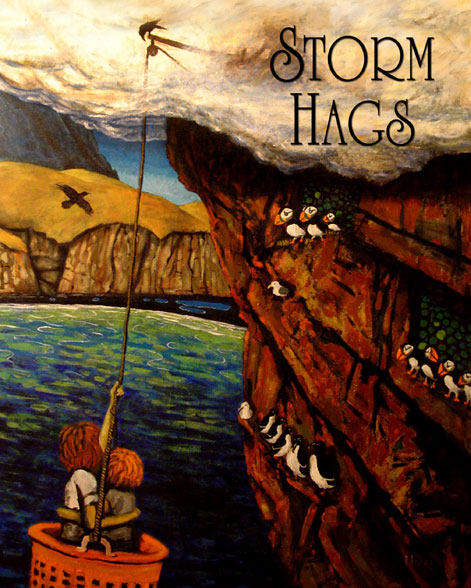 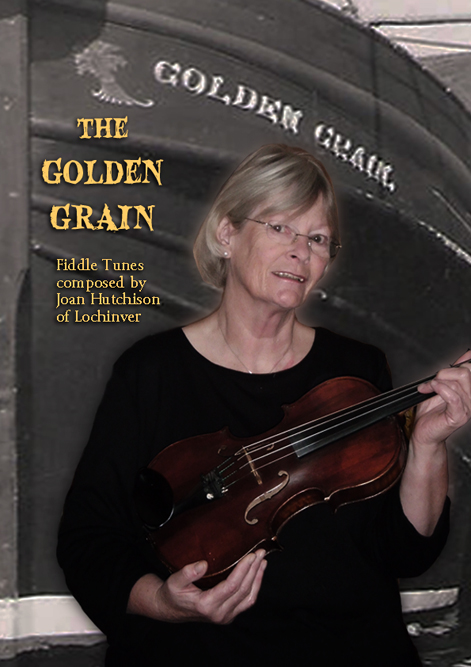 A selection of fiddle tunes and their origin stories composed by Joan Hutchison of Lochinver, Assynt. Includes collages and illustrations by David Hutchison.


Anthologies with other publishers

The Sutherland King is included in this anthology. 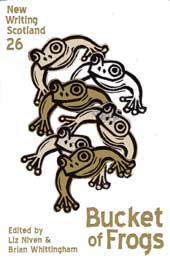 The Achiltibuie Stone is included in this anthology. 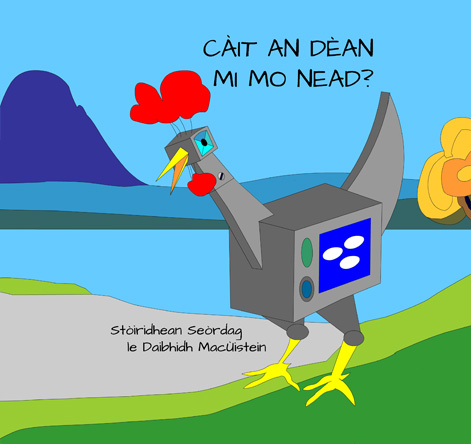 Book 1 in the Stòiridhean Seòrdag series.Translation by Seordag Murray with update from Catriona Murray. Read Aloud on epub3 by Alec McDonald.

Where Will I Make My Nest? 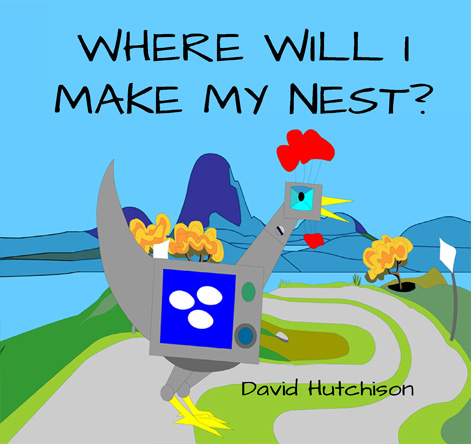 Book 1 in the Seordag Stories / Stòiridhean Seòrdag series.“Where Will I Make My Nest?” is inspired by a traditional gaelic poem about a hen looking for a place to make a nest

Set in the small crofting community of Assynt (in NW Sutherland), the story interweaves the modern and ancient. Seordag is a metal hen with a TV set body. On her quest to find a place to make her nest, Seordag encounters a helpful seagull, a cow-fiddle, an accordion sheep, a talking cement mixer and Marlene, the hardy crofter. Seordags’ new friends help her to make a fabulous hen house where she lays three eggs. They hatch into mobile phone chicks and they have a grand ceilidh. 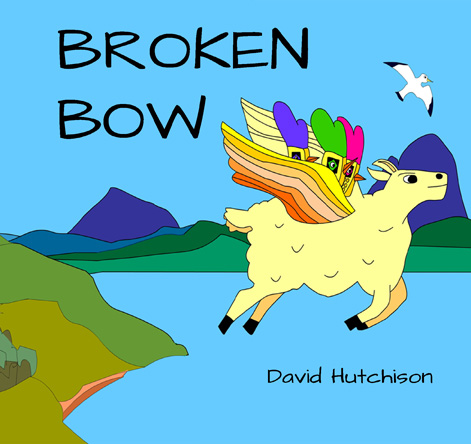 Book 2 in the Seordag Stories series. Set in the small crofting community of Assynt (in NW Sutherland), the story interweaves the modern and ancient. When Blarag the Cow Fiddle breaks her bow Seordag the TV Hen enlists her chicks and friends to find a way to help. Can the chicks win a contest and buy a new bow and can Flossie the Flying Sheep get them there in time? 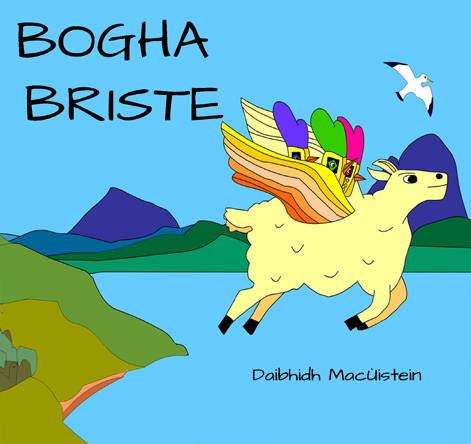 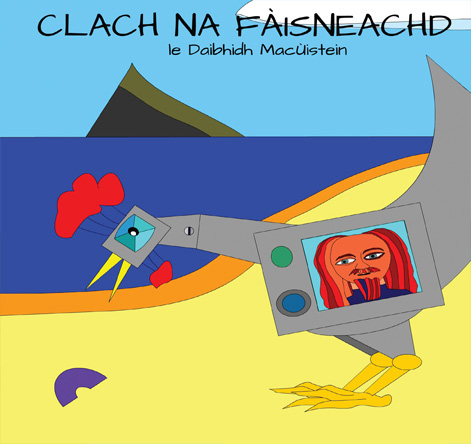 Book 3 in the Stòiridhean Seòrdag series.Translation by Catriona Murray. Read Aloud on epub3 by Alec McDonald. 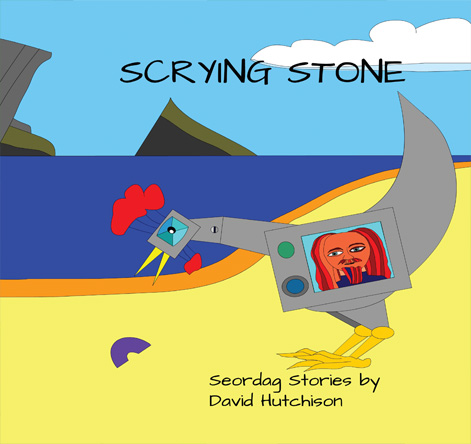 Book 3 in the Seordag Stories series.

When Seordag disappears after finding a strange stone on the beach, her chicks and Ewella the accordion sheep, try to find her. Their search leads them to the dreaded secret laboratory. Can Ewella and the chicks find Seordag amd rescue her friend the Seer? 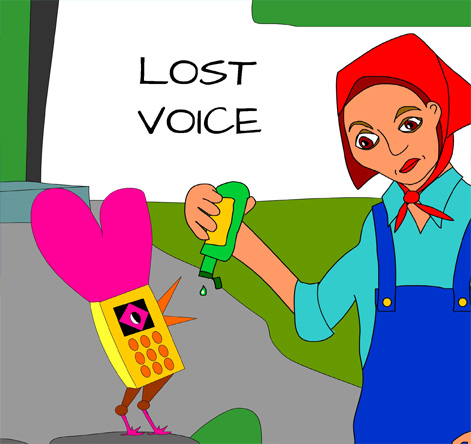 Book 4 in the Seordag Stories series.

Mobile chick Greeny makes up a new song, but when Bluey and Pinky join in, Pinky loses his voice. They go to see if their mother Seordag can help. Who will Seordag call on? Could Marlene the Crofter help, or perhaps the Seer, or even the Cosmic Cockerel? 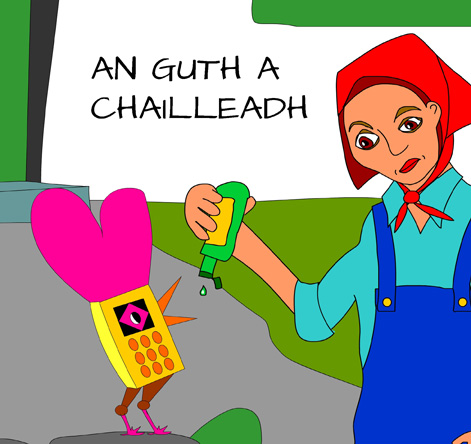 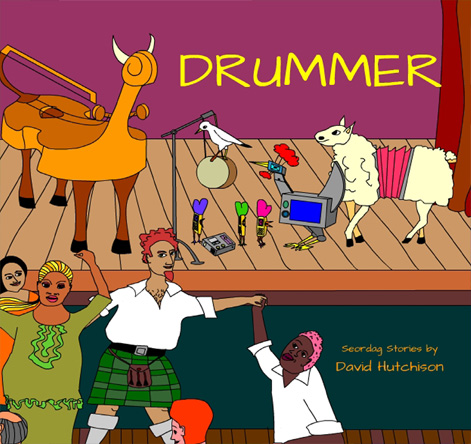 Book 5 in the Seordag Stories series.

Available to order in paperback at most bookshops and on Amazon. 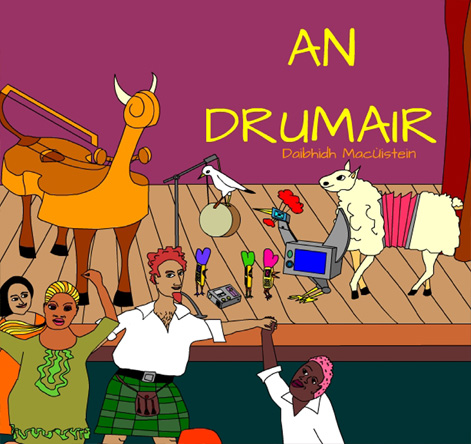