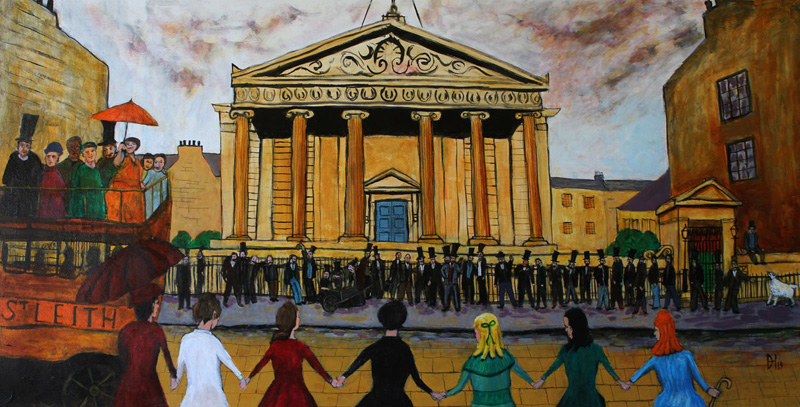 150 years ago on the 2nd Nov, a group of female medical students became the first to matriculate at a British University. They later become known as the Edinburgh Seven. However with further research I discovered that Margaret Anne Bulkley, changing their name and appearance to James Miranda Barry, gained a MD at Edinburgh University in 1812.

The majority of the paintings were from my story The Book of Skulls, set in an alternative 1870s Edinburgh, where an orphan medical student and her gender bending lecturer help the police to catch a killer.

30 Daze in Ward 10 were a series of drawings created by my Great Aunt Helena Sutherland after a stay in Raigmore Hospital in 1969. I also included artwork for Kore; a contemporary tale about a woman, who suddenly begins to hear her dead partner after putting in a new hearing aid.

As the Chaplaincy Centre was a quiet space I used QR codes and web links on cards next to paintings to more info and, in some cases, online videos with subtitles.

I have a mini version of the Medical Inspirations exhibition including new sketches of pioneering doctor and surgeon Elsie Inglis, now on until 16th Nov 2022, opposite The Home of Irresistible Art, Living Memory Association, Wee Hub, Ocean Terminal, Leith. Open 11am to 4pm every day. It doesn't include The Book of Skulls paintings but they will be shown from Jan 8th 2023 at The Home of Irresistible Art. 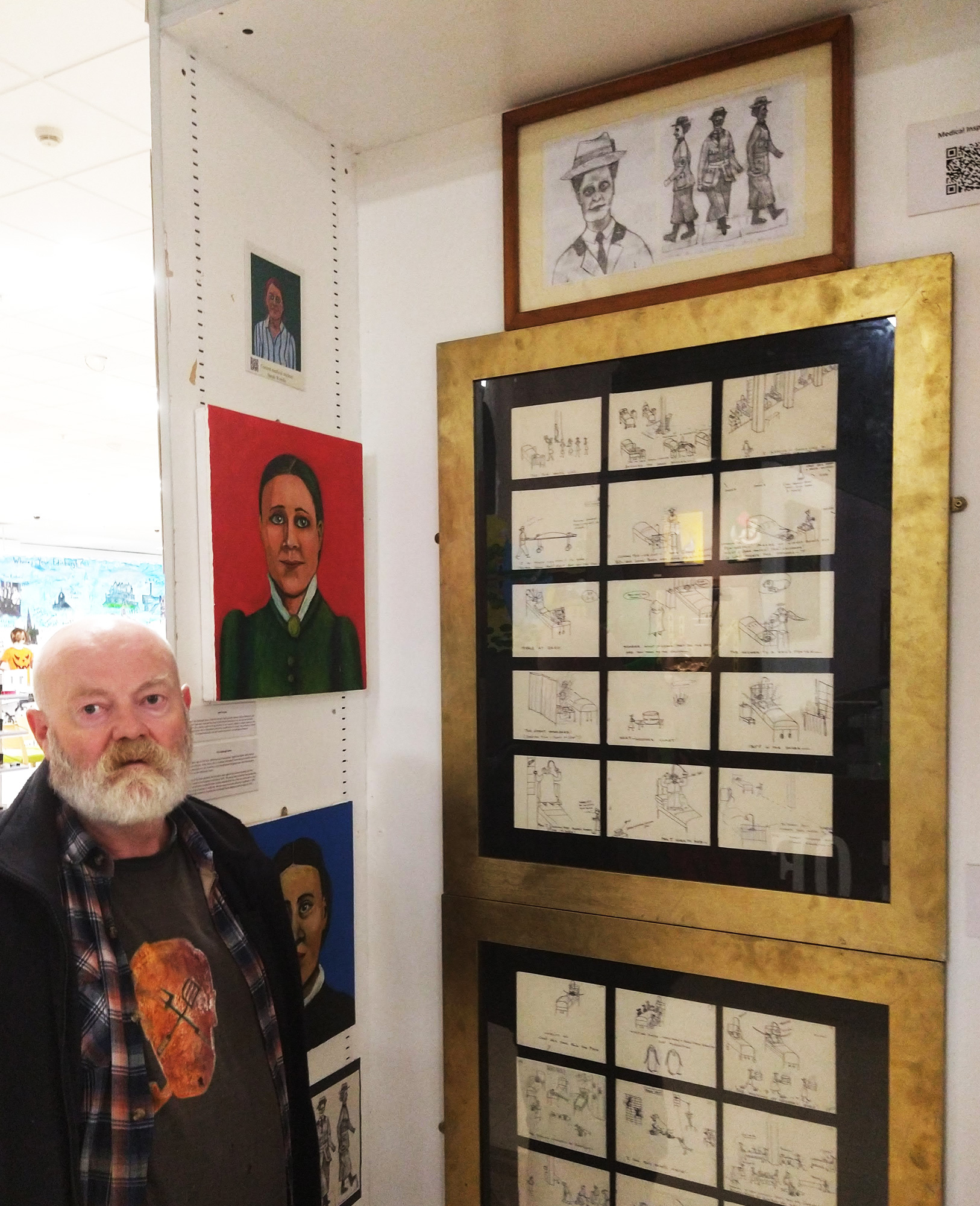