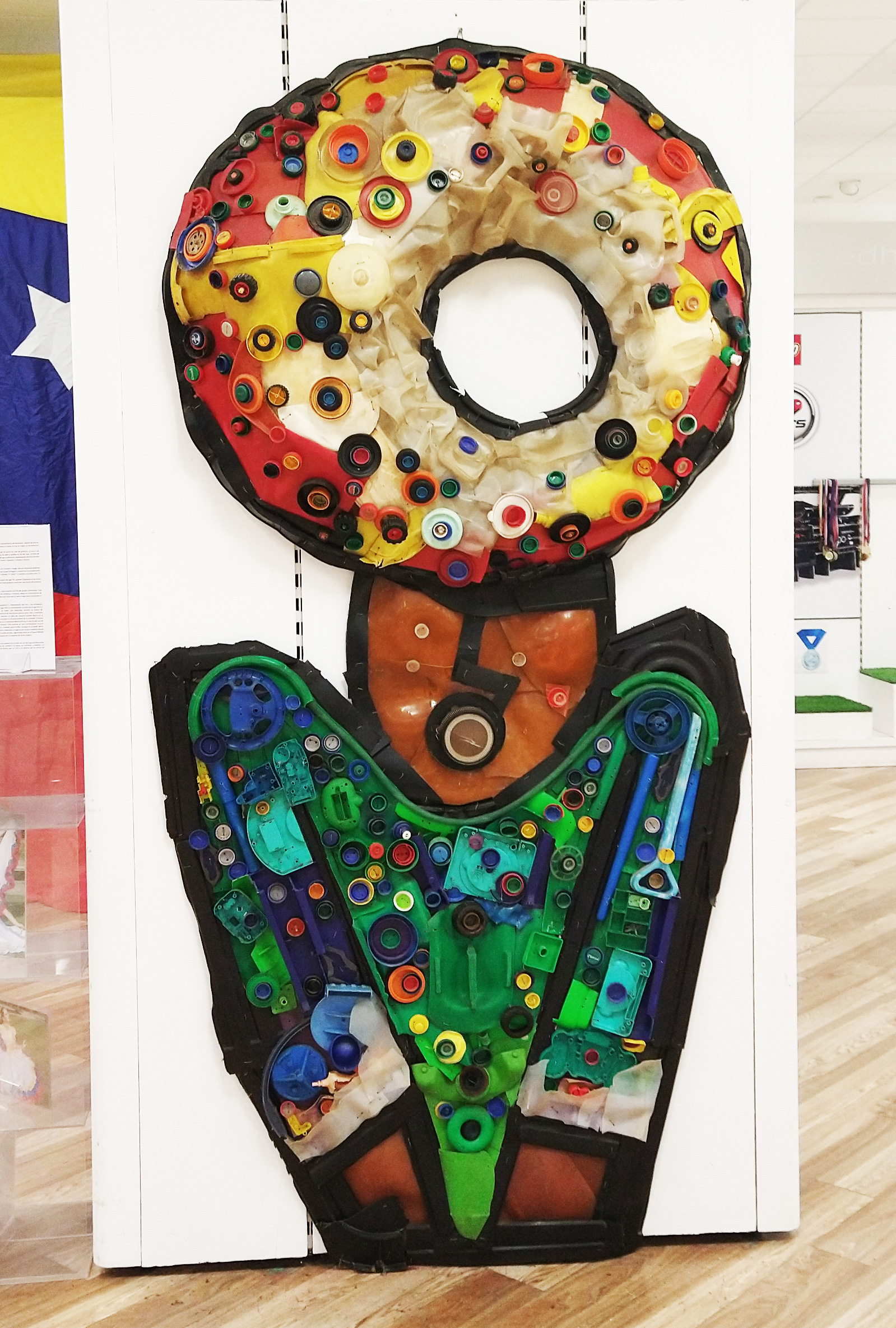 Steel and repurposed plastic (collected from Assynt and Coigach beaches). This was the second of a series of sculptures made from collected rubbish.

Inspired by the Brahan Seer, known in Gaelic as Coinneach Odhar and English as Kenneth MacKenzie. He was Scotland's answer to Nostradamus. Legend has it that he told the future by scrying into his adder stone; a round stone with a hole in the middle of it.

There have been many prophecies relating to him: railways, the oil industry coming to Aberdeen, and the fall of some rich families. It was one such family that was his downfall. When Isabella Seaforth (wife of the Earl of Seaforth) asked what her husband was up to in Paris the Seer said that he was seeing another woman. Enraged she had the Seer burned in a barrel of tar at Chanonry Point.

While I was researching the Brahan Seer I came across records of a Coinneach Odhar accused of being a witch in 1577, although the legends put him in the 17th Century. I surmised that perhaps that there were possibly three Kenneth MacKenzies,perhaps a father,son and grandson. I explored this in my pilot episode script of Adder Stone.

The legend also inspired me to write my 2007 YA novella Storm Hags which included a clone of the Brahan Seer. 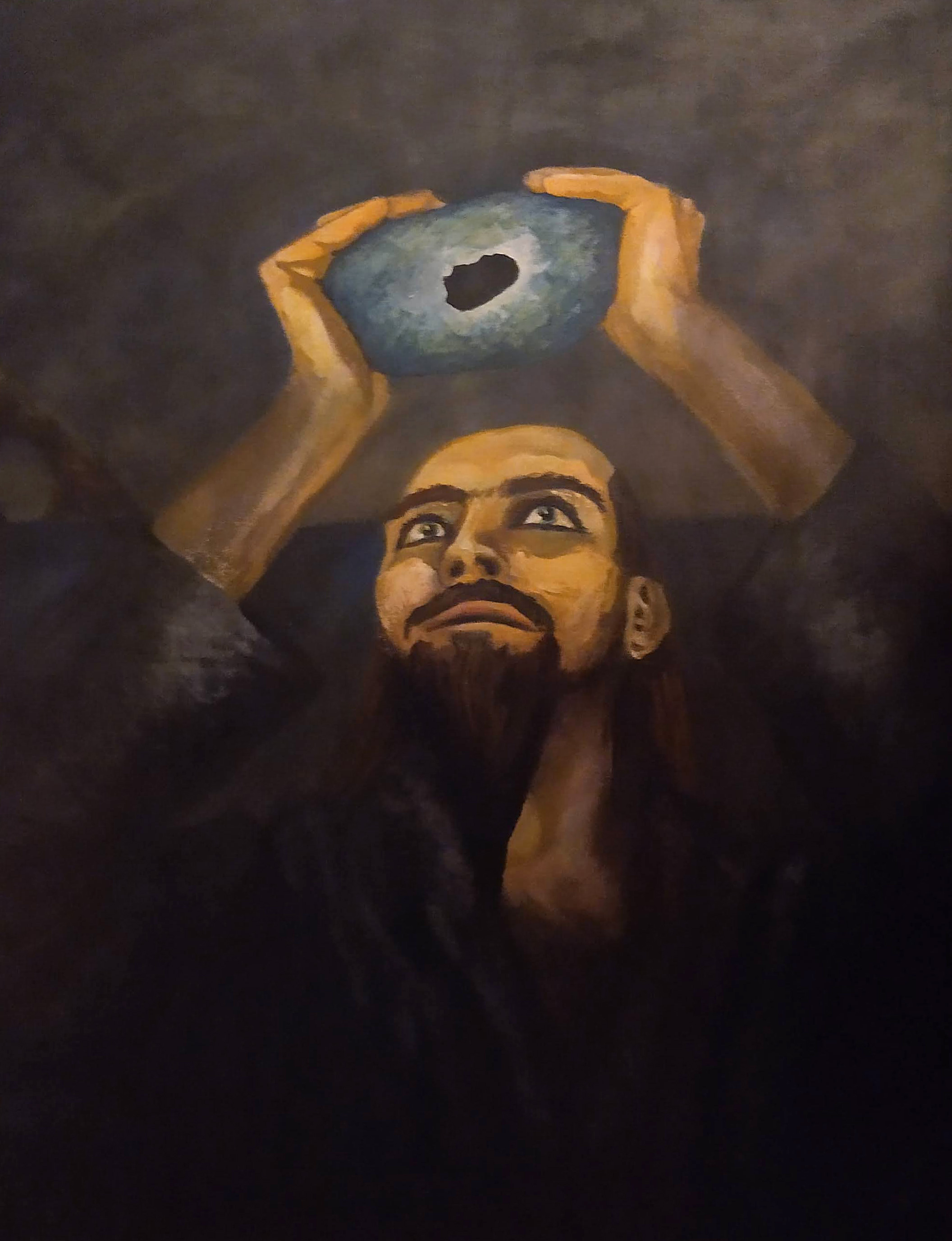 My partner Jamie Wheeler was the model for my Brahan Seer portrait in Storm Hags.

The Brahan Seer also features in my Seordag Stories series in book 3 Scrying Stone and book 15 Return of the Stone.