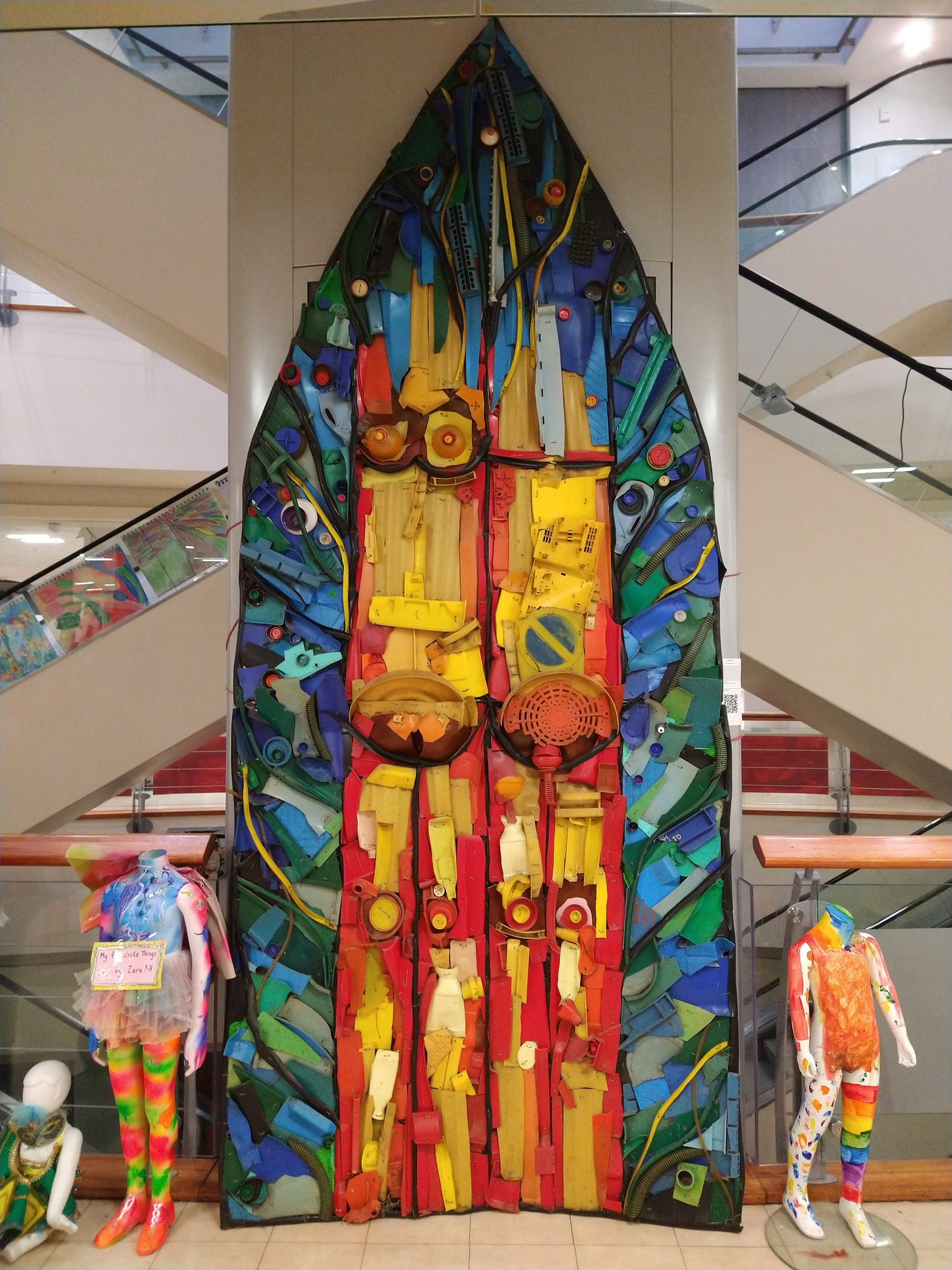 Steel and repurposed plastic (collected from Assynt and Coigach beaches).

Inspired by the tale of Baucis and Philemon in Ovid's Metamorphoses.

Two Greek gods, disguised as mortals, visited a village and asked for shelter and food. No one would help them. On a hill above the village they asked old couple Baucis and Philemon, and were given food and shelter, after which the gods revealed their true selves. The gods caused the village to flood and drowned all the inhabitants (as gods do!). Baucis and Philemon were scared but the gods said as they had helped them, they could be granted a wish. The couple were so in love that they decided that when it came time for them to die that they'd like to die together. Years later Philemon was hanging out the washing when she felt roots growing from her feet. She called out to Baucis. He rushed up to her and held her. He grew roots from his feet too. The couple became two trees entwined.

This was the first of a series of sculptures made from collected rubbish. It was incorporated into my film Outlight.

The mannequins flanking Metamorphosis are from a series of Debenham mannequins artfully repurposed by various people and hang out around the Wee Hub.